What is going on with the Shared Prosperity Fund?

The silence on the Shared Prosperity Fund, which is proposed to replace European Union structural funding worth about €2.4 billion per year, is deafening. Whilst it is understandable that Brexit has delayed the consultation on the Fund that was promised by the end of last year, what is inexcusable is the lack of communication.

Frankly, those of us who use EU funding to boost several aspects of economic development, including support for businesses, employment and agriculture, are really worried about the future. There is a dearth of information, and a lack of clarity on funding for English local authorities post-2020 when their block grant will have been all but removed, and the result is that any future project planning is almost impossible.

However, despite the current hiatus, we are in favour of the Shared Prosperity Fund and wish to move the discussion forward. Therefore, we have reached out to our members to request their input on several key issues which are pertinent to the Fund, and we have developed this summary of their suggestions for wider circulation.

THEME 1: What should be the objectives of the Shared Prosperity Fund?

In line with the government’s pledge on the Shared Prosperity Fund, members broadly agree that the main objective should be to reduce inequalities between communities. However, if the ethos is really to ensure that all areas of the UK are able to prosper (and be a platform that they need to contribute towards the national economy), then funding should be targeted at areas which need a helping hand to get there. It should cover major strategic initiatives with resources assigned (aligned to the UK Industrial Strategy) but also those that address local economic issues (and clearly link to the need of the area it serves, aligned to Local Industrial Strategies and other local strategies). Going forward, the Fund should address imbalances in localities that affect prosperity and help set the foundations for a level playing field between different regions. This should enable local (lagging) areas to grow their economy, including via business start-up, growth/diversification and initiatives which encourage higher wages so that these areas reach (at least) national average. The Fund should generate increased economic impact than otherwise would be the case.

THEME 2: What initiatives should the Shared Prosperity Fund support?

The Shared Prosperity Fund should generally focus on increasing productivity, inclusive and sustainable growth, economic development and employment/skills support and widening the remit could dilute the potential effectiveness of the funding. Specific initiatives should include: business start-up and growth services (loans, grants, access to qualified support etc); sector-specific (key sectors to be identified) support; employability targeted for local opportunities; capital infrastructure to unlock development in lagging areas; capital funding for modern business accommodation; as well as programmes aimed at incentivising universities to develop presence in smaller towns, encouraging organisations to employ workforce directly and invest in skills development, and delivering high-wage jobs for women. The importance of rural issues being recognised, such as access to employment and training, tackling rural isolation and keeping small communities connected, was also highlighted and it was felt that communities and businesses should be consulted.

THEME 3: How should these initiatives be identified and prioritised?

Generally, initiatives should be identified and prioritised regionally and locally. Assessing by locality what is causing a lack of prosperity in certain areas and what the benefits and outcomes of targeted intervention would be, together with consultation with industry, was suggested. A focus on district level lagging areas in terms of salary, productivity and business growth was another idea. Above all, the criteria for allocation used should be fair and generally not be competitive, as this would not support the objective of rebalancing the economy. It is also important to recognise that economies work across boundaries and the Shared Prosperity Fund should enable collaboration between geographies that could maximise the benefits to those areas and potentially secure better value for money. Initiatives using this formula may be prioritised accordingly. The Fund should be a flexible, local fund to assist the region it serves to be responsive to the local landscape. The model should include local discretion regarding the balance of capital and revenue interventions. 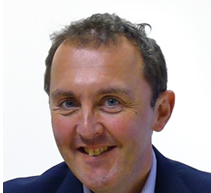 THEME 4: How can the Shared Prosperity Fund be made easier to access than EU funding?

The Shared Prosperity Fund should be delivered within a ‘single pot’ for areas, thus removing unnecessary complexity, bureaucracy and plethora of rules and eligibility conditions that emerge from separated and fragmented funding. Current EU funding can be over-prescriptive leading to unintentional consequences. On occasions the rules can prevent funds joining together, resulting in lost opportunities. The Fund should have an assumption that activity can be funded as long as it leads to the impacts that the programme wants to deliver, alongside local priorities, jointly agreed between government and local areas. Fast track for smaller grants, or a varied system to apply for small, medium and larger grants, with greater scrutiny of larger grants as opposed to one process for all was proposed. Other developments suggested included: less silo scoring of individual criterion and reduce scoring matrix; more focus on capital outcome and less on job creation; greater focus on redevelopment of older sites/buildings which may not be commercially viable otherwise; more flexible approach to manufacturers that also sell directly to the public; and more flexible understanding of value for money to ensure this does not lock out rural areas.

THEME 5: How should funding be administered and distributed, and what does success like?

According to place-based need and opportunity and via a streamlined approached: devolved funding to regions which will most benefit, with light-touch central oversight. Funding must be allocated initially only at the strategic level, leaving local authorities and areas free to allocate to programmes according to local priorities. The ability to deliver sustainable and inclusive growth will require a commitment to appropriate devolution of both the funding and the powers for decision-making providing maximum local discretion. The Shared Prosperity Fund should be set in 7-10 year funding periods (unlike the current ESIF programme which is a seven-year programme). A move to an outcome-driven funding model, which includes quality and innovation measures as well as outputs, was also proposed. Success should ultimately be measured on its impact rebalancing the UK economy. It should make a genuine difference to local, regional and national economies – delivered by targeting according to need – and thus achieving a narrowing of the gap in terms of average salaries, productivity and business growth between the best and worst performing local authority districts. It should also reduce rural isolation and provide more employment opportunities.