Levelling Up: “To be effective as a policy framework it needs far greater definition”

Levelling Up appears to be a political masterstroke. Its breadth covers a myriad of concerns and at the same time it is a cause in which almost everyone is in agreement. If it is to be effective as a policy framework, however, there is need for greater definition.

With this in mind, the objectives set out by government were somewhat surprising. The language of Levelling Up is suddenly far more about communities, services and pride than it is about companies, investment and productivity – and this is a significant shift in tone.

The objectives for Levelling Up laid out in the Spending Review documentation were as follows:

One problem of examining Levelling Up is that the analysis can start to get political very quickly. Certainly, by referencing public services and local leaders, the mind is drawn to a decade of local authority budget cuts and the long-awaited new model for local funding.

Accepting that an analysis of recent policy is not particularly helpful in a new policy debate, it is nevertheless important to give some thought to the longer term systemic issues that led us to this point.

Systemic patterns
We have lived through at least a century of long-term economic growth and the concentration of economic power. Global markets, free movement of capital and economies of scale have created powerful cities and even more powerful companies. This economic advancement has been transformative.

Even the most ardent are now recognising that, untrammelled, the economic power that has been created has not always been used in the general interest. The need for a Levelling Up policy is an acknowledgement that some structures must be put in place in market economies, that ‘trickle-down economics’ has failed those who were most relying on it, and that economic growth is for nought if it does not touch everyone at least slightly.

Any treatise on genuine Levelling Up needs to consider the decentralisation of political power and concentrations of capital. Levelling Up surely means that local communities need to be more empowered to make local decisions and invest their own economic surpluses. Meanwhile, full employment may have been achieved in the UK, but poorer communities have been often more poorly paid working for businesses which are in the hands of increasingly fewer people.

Nobody is suggesting that this government’s Levelling Up policies are about to tackle the systemic patterns of capitalism but at the very least they need to recognise that the in-built momentum of that market based system is creating a pull in the opposite direction. Once again, this is a debate about how to control the excesses of the system.

What to change?
It seems that the UK is now at a crossroads. We cannot deliver the type of social justice generally associated with Scandinavia whilst at the same time aspiring to design our tax and spend approach on the free-market US model.

At a government department level, we cannot claim to be strengthening local leaders and communities whilst at the same time creating a central Department for Levelling Up, Housing and Communities (DLUHC) which scrutinises every penny of local spend.

In all of the work, Levelling Up cannot be a race to the bottom. A knowledge-driven industry establishing in a town may create wealth for its owners and worsen the equality divide between communities. That knowledge-driven investment is not the villain in this story. It is government policy and influence that must deal with the issue of balance and opportunity – the investment can still be a force for good.

Whatever else it is, Levelling Up must also be for the long term. The disparities in the UK economy have been created over many decades and even partial success in Levelling Up will take many decades more to address.

All of these thoughts lead to some logical conclusions for future activity.

We need a clear view of success. The breadth of Levelling Up means that some clear objectives must be set. Economic reporting needs to measure progress against those objectives – economic output of less successful areas, higher levels of skills achieved by disadvantaged communities, investment made in regional infrastructure, long-term employment attainment from those previously unemployed or on insecure contracts, reinvestment of local taxation in local assets.

Any course set must be for the long term. The concept of Levelling Up is far-reaching and a large part of delivery will rely on shifts in aspiration, education and skills. These are generational issues, they can be addressed, but they need a concerted long-term effort. This is not a one to two parliament policy initiative but a multi-generational approach allied with a shift in the national economic psyche.

Industrial policies must outlive the investment cycle. It is unclear where the 2017 Industrial Strategy now sits in UK economic policy, but its objectives remain valid. Industry needs a clear view on the UK’s priorities for investment. Business makes capital investment for the long term and needs some clarity before it risks that investment capital – long-term government commitments in areas such as infrastructure, energy, transport, rural affairs and defence can all drive UK economic success (often in the regions). Too often, over the last 50 years, turning areas of expenditure repeatedly on and off has meant the UK must buy from overseas when equipment is finally needed again – the factories of the regions having failed. 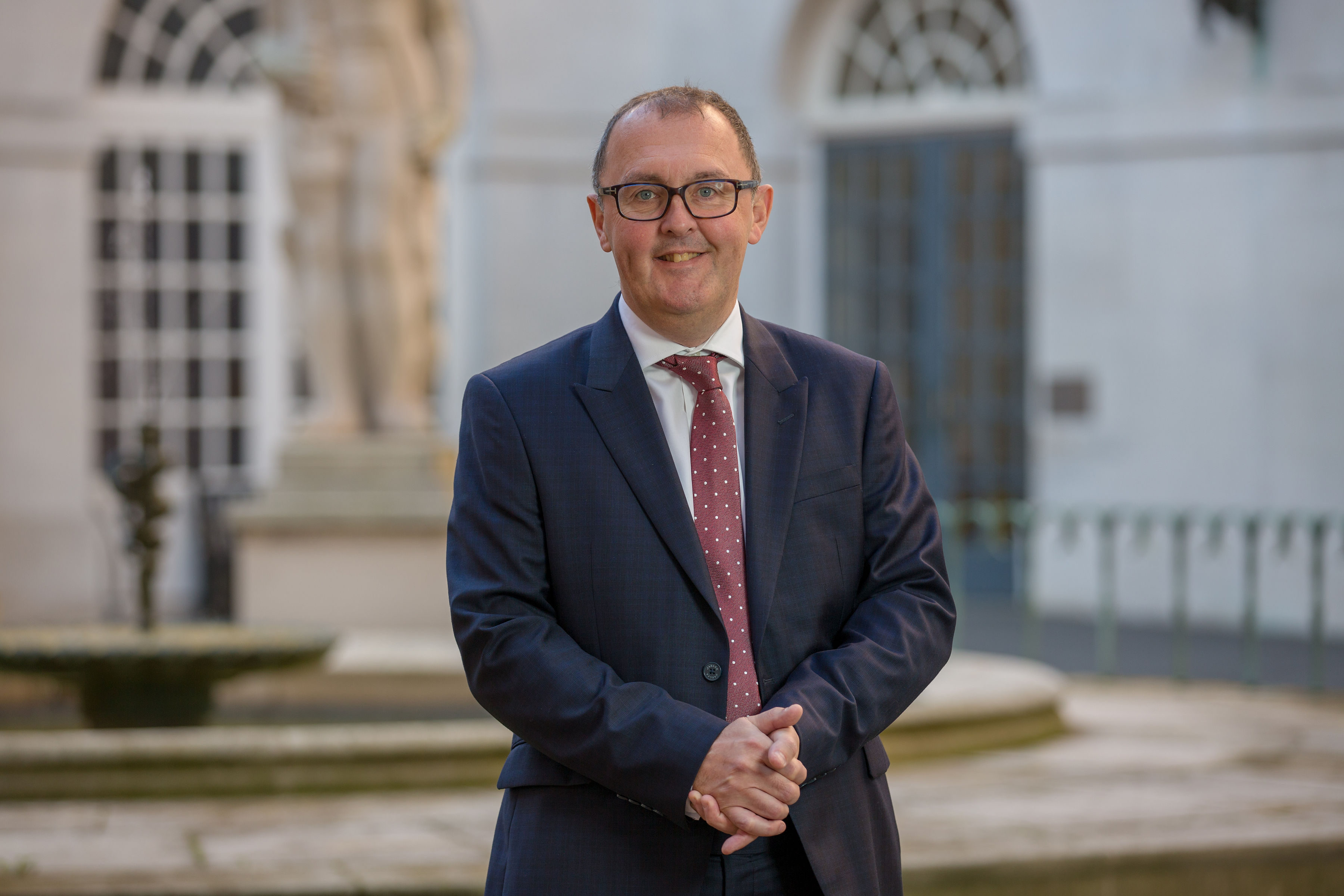 Market economics must be twinned with redistributive intervention. Market economics benefits the successful and it is this incentive effect that creates economic growth. This economic success, whilst welcome, does not automatically benefit everyone and this is where government must curb market economy excesses. Recently, however, the redistributive efforts of government have been weakened to the point where even a debate about curtailment of powers and higher levels of taxation are represented as being dangerously radical. This debate is long overdue.

Devolved power is essential. UK decision-making and fiscal policy is too centralised. Local areas may wish to create the environment that can stimulate local growth and strengthen communities but in order to deliver anything they must go ‘cap in hand’ to Westminster. In turn, central government has long seen all UK taxation receipts as their money – it begrudges sending this back to local regions. Local decision-making, linked to local taxation and local investment, can enable local areas to self-determine the future and having to ask Westminster to return even a small portion of locally-generated taxation revenue is illogical and demeaning.

The very idea of a central DLUHC is a nonsense. It is a symbol of how centralised UK political thinking has become, that in order to stimulate a policy concerning delivery of improved local services and strengthened local communities, the first act of government is to create a central department. Even in delivering mechanisms such as Towns Fund, DLUHC presides over the minutiae of local expenditure – expenditure at a scale that would formerly be in the hands of locally-elected politicians and their officials.

Structures and delivery mechanisms are more important than actions. The establishment of strong regional bodies with resources to build an economic evidence base and deliver effectively are more important than the individual actions themselves. Some policies will be successful, and others will fail, but local lessons will be learned for the future – and the delivery bodies will live on and improve.

Economic development is not achieved by relying on a prioritisation of expenditure predicated on current value for money measures. The value for money measures of government completely fail under-performing areas. Competing policies that add 1-2% to either a small failing economy or a large thriving economy will always appear to offer the largest value for money in the successful area. At present, the entire system is rigged against Levelling Up. Attempting to justify investment in a badly underperforming location is always going to require an element of vision and risk – not helped by metrics based on the initially poor baseline.

We need regional centres of decision-making and capital. Over the last few decades, most of the last few great regional businesses have capitulated and sent their headquarters to London. How many FTSE 100 businesses remain in the regions? And who can blame them? London is the undisputed centre for capital and policy decision-making and influence. Until we redress this balance, the situation will continue and the regions will continue to appear empty husks in terms of UK economic performance.

Communities do not need to catch up, they need a new model. At its purest, the idea of Levelling Up is unattainable – and suggests we need yet more of the same economic medicine to stretch the outcomes further. There is an alternative view. We need a revised economic model which concentrates to a greater extent on the environment, the ecosystem, more circular use of resources and the wellbeing of all. This is a model where everyone has a huge amount to do – and there is no leader. Rather than worrying about Levelling Up the old playing field we should be considering a new and important opportunity for us all.

If we fail
Levelling Up has become a serious matter for the UK. The concept is important socially, economically and politically.

• Socially because without action the burden of intervention to deal with those left behind will continue to grow at an accelerating rate and the widening inequality will eat away at the fabric of society – with resentment feeding both sides.
• Economically because under-utilised assets across the wider economy could be brought into more productive use for the benefit of the whole country.
• Politically because the legitimacy of Westminster controlled policies will increasingly be questioned by left-behind regions – particularly where the devolution train has already left the station.

When seen in these terms, there is a lot at stake for the UK.

The speechwriters no doubt toasted their success at the masterstroke of the term Levelling Up. On the surface there is something for everyone. Peel away the layers, however, and there is a hard kernel of truth. Levelling Up points to large-scale changes in government objectives and, to be genuinely successful, we will need at least some redistributive policies and a new set of goals to aim for.

Nigel Wilcock is Executive Director of the Institute of Economic Development. This article was first published in Levelling Up: pre-White Paper perspectives from economic development professionals.