Industrial strategy firmly back on the political agenda

Nigel Wilcock, Executive Director of the IED, wrote the below blog last week for New Start…

The consultation phase of the industrial strategy green paper closed in the middle of April and we have heard very little since. Of course, no sooner did the consultation close than a general election campaign was called and parliament was dissolved. Since then there has been less clarity on everything, but the suggestion is that further news will emerge in November.

Many organisations, the Institute of Economic Development (IED) included, have published their responses to the industrial strategy green paper and this week the Industrial Strategy Commission released its ‘Laying the Foundations’ report.

As the title suggests, it takes a step back and sets out an answer to the question which was not really asked in the green paper consultation: what is an industrial strategy? The commission argues that an ‘industrial strategy refers to the strategic, long-term co-ordination of all interactions between state and the economy’.

Nor is the suggestion of the commission being more interventionist than the ‘long-term co-ordination of all interactions between state and the economy’ might infer. The commission suggests less direct intervention in business than some parts of the green paper; rather than ‘sector deals’, the commission says that ‘industrial strategy is not about the government handing out money to chosen businesses or sectors. The state’s role is to create the conditions for long-term investments in productive and innovative business activity’.

The commission argues that the strategic goals of the state should be ‘decarbonisation of the energy economy, ensuring adequate investment in infrastructure, developing a sustainable health and social system, unlocking long-term investment, supporting high-value industries in building export capacity, and enabling growth in all parts of the UK’.

Of course, such ambition could fall into the category of ‘motherhood and apple pie’ but the commission does go further in then setting out the seven themes that a new strategy should be built upon.

These are set out as:

At the centre of the report’s approach is a change in the institutional framework to embed an industrial strategy in the decisions of government across departments, create accountability and ensure that strong institutions are established in local areas.

The chapters on policy are stronger at setting out the problems of what’s gone before than on policies for the future, but this is about the ‘Laying the Foundations’. The report also sets out some plain truths in a non-political manner in areas such as the need for stability in education establishments and qualifications, for greater consideration of place in the location of institutions, and the ‘agglomeration disamenities’ of centralised growth – or the pressure on infrastructure in an over-heating London to the lay person.

At first review, the report appears to provide a robust logic chain starting from the opening question of what is an industrial strategy and why do we need one – in fact, the type of logic chain that suddenly appears completely lacking from the original green paper. The commission is seeking comments on the report and the IED will be engaging in this process. 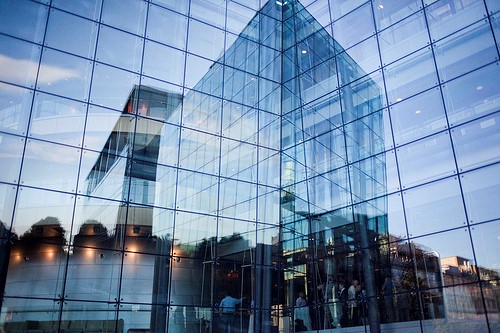