Gemma Davies, Director of Economy and Housing at Cheshire West and Chester Council, has been appointed to the Institute of Economic Development (IED) board of directors.

Having worked in the public sector for the past 16 years, Gemma recently re-joined Cheshire West and Chester after leaving the local authority at the end of 2016. She went on to lead the Economic Growth service at Shropshire Council for nearly four years, and was previously seconded as Programme Director to develop the Cheshire and Warrington devolution deal on behalf of the Economic Prosperity Board, working with Chief Executives of the three local authorities and Local Enterprise Partnership.

“Through these roles I have gathered extensive experience working with businesses, communities and partners over what has included times of significant change and complex challenges, and I feel I can contribute to the IED from a professional and positional (as I am relatively new in post) perspective,” Gemma explained. “One area of focus, and where I can bring fresh ideas, is inclusive growth. We are one of the first local authorities to declare a poverty emergency, and we have a sub-regional inclusive and sustainable growth commission, so there is a natural fit with the Institute’s work. That push on community wealth, and commitment not to leave anyone behind, is a response not just to poverty but also encouraging the conditions for an economy that does not set out to create inequalities.”

As well as inclusive growth, Gemma is “heavily involved” in economic renewal and recovery plans, homelessness strategy and climate change. “Generally there is a real opportunity to think about the priorities within our sector: what really matters, how we work and what we do with our time,” she said. “What we have seen in the profession is people working together more than ever before. Historically there has been some silo working, but the pandemic has accelerated some of the trends that were already happening in coming together. Whether it is collaboration on housing benefits, business rates or healthcare, there is a real joined-up approach taking place in local authorities. I am a strong partnership advocate and have sought to build trust, respect and credibility in that work.”

Pointing to the IED as a valuable partner, Gemma revealed: “I have never used IED membership more than I have in the last eight months. It has provided exposure to fundamental topics that we have been grappling with as a profession and supported the changes that members are facing in their environment. It also recognises the pace of that change, and ultimately helps to inform practitioners’ day-to-day roles as well as policy around areas such as spatial planning and future employment. Overall, the IED facilitates the opportunity to take a step back to look at and discuss the challenges. We are back in emergency response mode through the national lockdown, and have a new round of business support grants to administer, but it is also important to take time out for strategic thinking and the IED galvanises that.”

In particular, Gemma pinpointed how the IED’s “commitment to digital platforms is really paying off for the membership” as part of this strategic and thematic focus. “The webinars that the Institute has facilitated especially have provided an opportunity to hear about projects around the country, and whether we are discussing Covid-19, Brexit, town centres or the rural economy, they have delivered value for members,” she said. “For me, the digital platform supports much better engagement with the Institute because in normal times I would not necessarily have the time to attend a physical event. This is something we can look to build on going forward to ensure even greater engagement.” 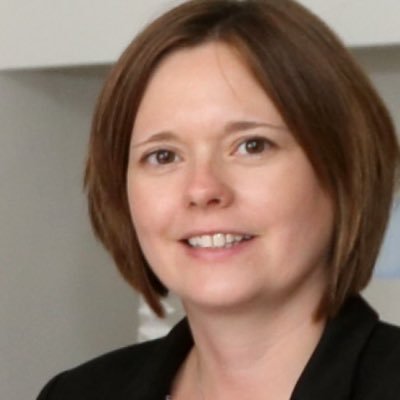 Gemma’s vision is for the IED to be seen as “an organisation that is accessible to anyone in the profession, regardless of position or gender, and where people can share their experiences with others”. She added: “When I initially joined the IED I thought it was focused on hard economics, but now I can see it is much broader, extending to social and environmental economics which are highlighted by the inclusive growth agenda and councils’ climate emergency responses. Economic development as a function has moved on in name, with some teams re-badged under business growth or inward investment for example, so we also need to recognise that through our work.”