The Institute of Economic Development (IED) has added Fife Council’s business and employability specialist to its Board of Directors.

Gordon Mole, who moved to Scotland two years ago from a role as Head of Culture and Environment Services at Ipswich Borough Council, is responsible for employability, economic policy, inward investment, town centres and tourism at Fife. He was formerly Employment and Brokerage Manager for Crossrail where he led on the development of new apprenticeships and graduate training and, as Building London Creating Futures project manager, worked on economic development and employment initiatives for construction programmes including The Shard, Heathrow Terminal 5 and Tate Modern.

“It is an honour to join the IED Board alongside a team of highly knowledgeable professionals and I am very excited about the challenge ahead,” Gordon said. “I am keen to ensure that employability has a strong voice within the Institute. A lot of my time is spent working with large employers on the demand side, supporting employer engagement initiatives with companies such as Amazon, and helping organisations better understand what ‘good’ employability initiatives look like is absolutely key to economic development. I also want to bring a Scottish perspective to the IED and help develop its presence and reputation within Scotland. For Scottish-based economic development professionals to recognise the IED as the ‘go to’ UK body to join and the impact it has.”

An IED member himself since 2010, Gordon has personally benefited from the organisation throughout his career and is now looking forward to supporting the next stage of its growth. “As a young economic development manager the main value of the Institute was the network and access to like-minded professionals who you can bounce ideas off,” he said. “That is evidenced today in the number of connections who I have met through the IED and can tap into. The other main value is having the affiliation – it really means something professionally to be a member of the IED – and we should not underestimate the credibility of being aligned to the Institute through professional membership.”

The IED must continue to be vocal at a regional and national level, including around emerging spaces such as regional working and city deals as well as broader issues relating to jobs and the economy, Gordon insisted. “We are building from a platform of strength,” he said. “The IED brings the UK-wide picture and learning on all things economic development and we have to capitalise on our position as a unique national body. On the ground, resources are as stretched as they have ever been, and we need to help councils appreciate why economic development is so important. The function is non-statutory, with discretionary budgets, so we must work closely with decision-makers to understand how widely economic development spreads, the impact it really has, and for everyone to recognise it for what it does.” 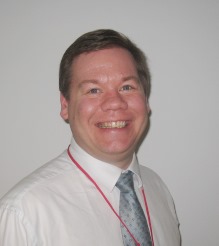