Arup has scooped the Most Innovative Strategy award from the Institute of Economic Development (IED), the UK’s leading independent professional body representing economic development and regeneration practitioners. The global project management and consulting firm beat off fierce competition from around the country to win the award for its Midtown Integrated Economic and Public Realm Vision.

Following several public realm studies in the area which had not secured funding or progressed into implementation, the project – commissioned by the BEE Midtown Business Improvement District – concurrently developed the economic and public realm requirements of the area to ensure the design strategy served an economic development purpose. This also supported delivery of Camden’s local Supplementary Planning Document (SPD) for the area and their successful bid for Liveable Neighbourhoods funding from Transport for London (TfL).

Midtown’s economy has been changing rapidly in recent years, but the investment in the public realm had not been able to keep up at pace. Across an area characterised by severance, heavy traffic and congestion, the project developed a strategy to make Midtown a safer place for active travel, relieve congestion around public transport, and to encourage investment through a better quality of place. It also recognised that investment in public realm was essential for encouraging end-to-end sustainable travel options for workers, which must be prioritised in the context of the area sitting at the crossroads of major arteries in London.

To achieve the objectives of the project, Arup produced an innovative strategy for the district underpinned by a strong evidence base. Specifically, they undertook a detailed appraisal of Midtown and its spatial/policy context to inform a ‘public realm’ baseline study that was used to set objectives for investment. As part of this, the team produced a Strategic Assessment integrated with a Public Realm Delivery Plan that was HM Treasury Green Book/TfL business case compliant, which set out the Strategic Case to ensure the future development of Midtown is reflective of the development and policy goals of business and resident stakeholders. This included a delivery plan for public realm interventions to meet the strategic needs of Midtown.

The project involved substantial stakeholder engagement, including consultation events, to help achieve local buy-in and to gain traction in the formation of both project objectives and priority schemes for an area characterised by a fragmented land ownership and often time-competing priorities for business, residents and visitors.

Zach Wilcox, Associate – City Economics, at Arup said: “We are thrilled to win the IED’s Most Innovative Strategy award for a project that we are incredibly proud of. We brought together a team of economists, landscape architects, urban designers and transport planners to think holistically about the place. We worked closely with the Bee Midtown Business Improvement District to ensure the economic purpose of the district informed the design needs, and the design sought out to maximise economic and social value for the area. Through this work, our team helped develop the supporting strategy and evidence for Camden to secure funding through the Liveable Neighbourhoods programme. As a result, Camden has the green light to invest up to £12 million from TfL to transform the transport and public realm in the district. Improvements in the public realm will contribute to Midtown’s growth as a leading centre of business and cultural activity, building on its rich history, diverse mix of uses, presence of world-leading institutions and architectural heritage.” 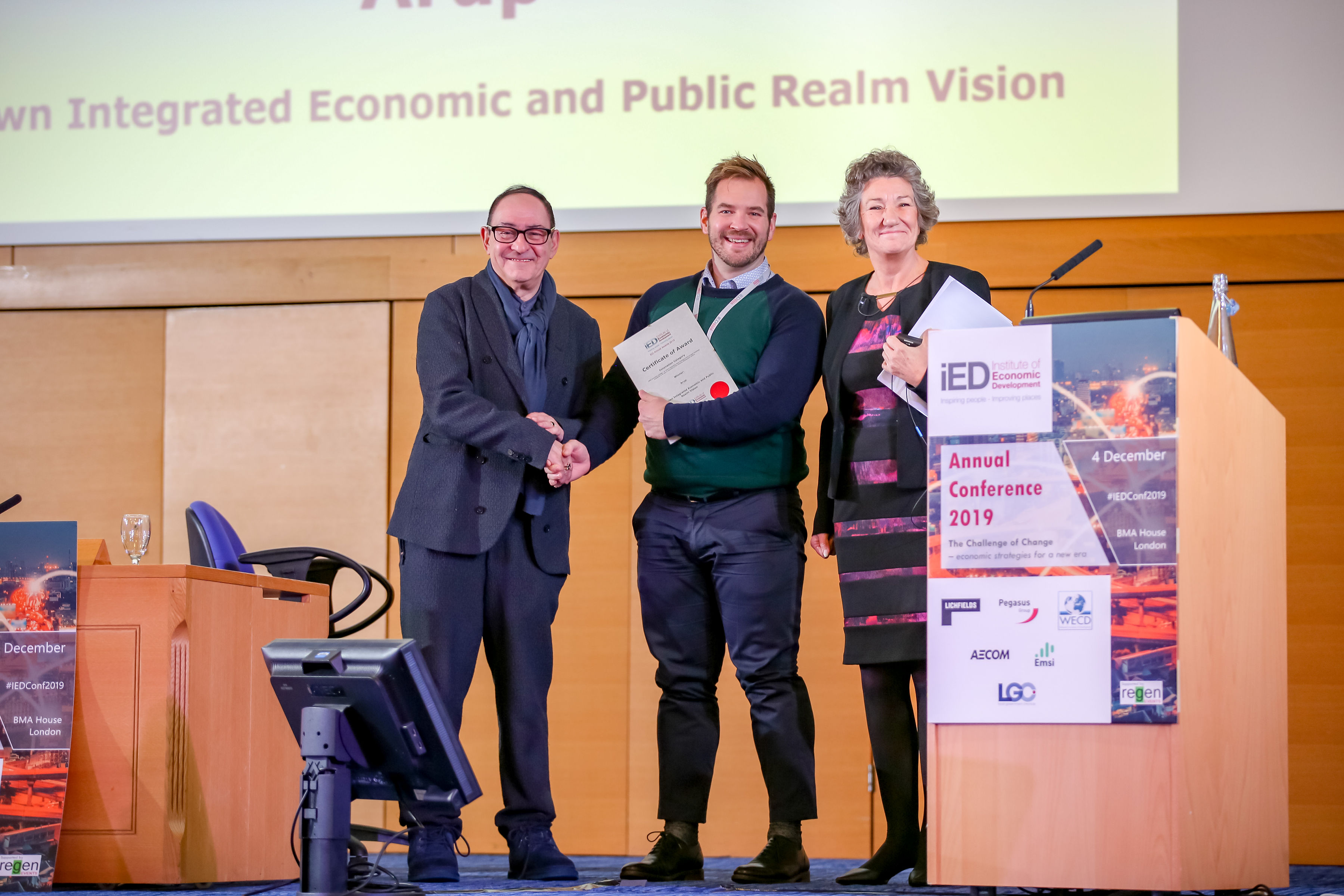 IED Chair Bev Hurley said: “We would like to congratulate Arup on winning our Most Innovative Strategy award for 2019. Their entry used branding, public realm and a holistic approach to urban regeneration that the judges felt represented a genuinely insightful approach to difficult urban schemes. This was the best represented category in terms of entries – with transport schemes, tourism projects, approaches to worklessness and change programmes in local authorities to provide a whole-council approach to growth. Despite the many entries to a category that got varied responses, Arup’s bid stood out.”