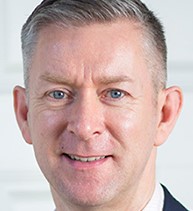 Keith has been involved in economic development and regeneration for more than 30 years, both as a practitioner and consultant.

He graduated in Economics from Sheffield University and began his career at HM Treasury in London, where he worked in the Industrial Policy Division, providing advice to senior officials and Government Ministers on initiatives designed to promote enterprise.

He went on to work for the Northern Development Company, initially in the inward investment section, before moving into the Regional Development team and finally the Economic Research Office.

Since September 1994 he has been Managing Director of ERS Ltd., which has established itself as a leading national consultancy, specialising in economic development and regeneration.

Keith has been a Director of the IED since 2005 and has represented the Institute in the media, at numerous conferences and at a Parliamentary Select Committee hearing. He became Vice Chair of the Board in 2008 and took on the role of Chair in October 2010. In November 2012, he was re-appointed for a further two year term as Chair. When Keith stepped down as Chair in November 2014, he was awarded an Honorary Life Fellowship of the Institute.

Keith’s mid-life crises include attempting to run long distances for no good reason and a mission to acquire all 28 versions of Shrewsbury Town’s first choice shirt over the past 40 years (he’s at 20 shirts and counting).